Image by Brette Sayles via Pexels

Many music lovers believe that classical guitars sound better as they age. Some facts support this belief in some instances, but it’s not a hard and fast rule, and some guitars don’t age as well as others.

Classical guitars get better with age when they are made of quality wood and have been well-cared-for. They sound better because, as the wood ages, its natural properties change, and it becomes dryer, lighter, and more resonant. Mass-produced guitars with laminate tops won’t sound any better with time because there’s no aging of the wood.

In this article, we’ll look at classical guitars and their history. We’ll consider variations in their construction, how you should care for them, and how this influences whether they can continue to improve their sound.

What is a Classical Guitar?

Classical guitars, sometimes also referred to as Spanish guitars, are wooden stringed instruments. They are traditionally used to play classical music, including flamenco.

They look similar to the acoustic guitar but have the following distinguishing features:

The strings used is the essential difference between classical and acoustic guitars. Classical guitar strings are made of gut or nylon, while acoustic guitars have metal strings.

The fretboard of a classical guitar is broader than an acoustic guitar, which facilitates complicated finger techniques, and it often does not have fret markers.

The neck is traditionally slightly shorter than on an acoustic guitar, which makes playing a little easier.

There is a decorative rosette around the soundhole, which serves no functional purpose and is purely aesthetic.

On top of these differences, classical guitars are usually slightly smaller and more affordable than acoustic guitars and are, therefore, a popular choice for beginners (source).

A Brief History of the Guitar

Guitars are one of the most recognizable and popular instruments in the world, and their history dates back thousands of years.

Stone carvings dating back more than 3000 years in Mesopotamia show lute-like instruments, which could be predecessors of the modern-day guitar.

During the Middle Ages, music grew in popularity through the singing of Gregorian chants and other church music, as well as through the wandering minstrels and troubadours, increasing the use of similar stringed instruments.

Historians believe the guitar originated from a combination of the European lute and the Moorish oud (source).

Both of these are wooden stringed instruments that produce sound from a hollow box when strummed. The vihuela emerged during the Renaissance period and most closely resembled modern-day classical guitars.

Guitars are either mass-produced in a factory or handcrafted by expert craftsmen, called luthiers.

Guitars are made predominantly of wood, and the selection of the wood is a critical step in the process, as the type and quality of the wood used will affect the instrument’s sound.

The neck, headstock, and body of the guitar are traditionally made of wood — although some modern technologies are experimenting with other materials — and in most guitars, these are crafted from different types of wood.

These woods are called tonewoods, wood that possess tonal properties and are used to make woodwind instruments.

The neck is usually made from softer wood with durable fibers, such as mahogany or maple, while the fingerboard requires wood with high density and strength, such as ebony. The body of a guitar is divided into tops, sides, and backs (source).

The top is usually made from a resonant wood, such as spruce or cedar. The sides and back don’t need this resonance and are often made from mahogany or rosewood.

The manufacturing process varies considerably from instrument to instrument, which has a vast influence on how well they will age. While modern methods make guitars more affordable and accessible, they are less likely to last into the future.

Also, only instruments that made with solid wood can stand the test of time — those made of laminates won’t experience the same aging of the wood.

A poorly-crafted instrument will likely deteriorate more quickly. Also, since it won’t offer superior sound to begin with, it will presumably not be as carefully cared for as other higher-quality guitars.

Wood is an organic material and, therefore, it will naturally change as it ages. Older wood will hold less moisture, causing it to become lighter and stiffer over time.

This change over time, particularly when applied to the wood used to construct the top of the body(“top wood”), can produce a more resonant quality to the sound of the instrument.

A guitar makes sound by the vibration of the strings against the body. This sound then resonates inside the hollow body and is amplified to produce guitar music.

The more rigid the soundboard is, the more the strings will vibrate and, therefore, the more volume the instrument will be able to produce.

Most wood tends to get dryer and stronger as it ages, and any sap within the wood will harden, over time, to make the wood even stiffer. Also, older wood will be less responsive to changes in ambient humidity and able to produce a more consistent sound.

The sap within the wood will loosen as it vibrates when the guitar is played. This means that the aging of the wood is dependent not only on time but, more importantly, on how often the instrument is played.

A guitar that was made in 1950 and hardly ever played will likely not have improved over time because it hasn’t benefited from the constant vibrations of playing.

Spruce is one of the most common top woods, and it is a wood that is particularly known for its changing qualities as it dries out.

Importantly, high-quality wood is harder to come by today, and some species, such as rosewood, are now regulated. This scarcity results in higher costs and reduced choice in modern instruments.

Guitar manufacturers have developed ways of aging timber to mirror the effects of time.

Yamaha, for example, has created a technology called Acoustic Resonance Enhancement (ARE), which controls temperature, humidity, and atmospheric pressure to improve the tonal quality of the timber used to make instruments.

Caring for a Classical Guitar

A guitar that is not well cared for will not get better with age. Caring for a quality musical instrument is a critical factor and will determine how likely it will be to age well and keep producing a beautiful sound.

Because a guitar is made of wood, one must be aware of changes in temperature and humidity and their potential to damage your instrument.

It’s important to invest in a good, hard case to protect your guitar. Guitars kept on a stand will be more likely to get knocked over and are more susceptible to environmental changes.

Regular cleaning is critical if you want to keep your guitar in peak condition. Players should wash hands before playing to limit the level of oil and sweat that are transferred to the instrument and should also wipe down the guitar after playing.

The fingerboard and frets should be cleaned every time the strings are changed, which is usually every three months or after about 100 hours of playing. Strings that are overdue for changing will generally start to corrode and eventually break.

The fingerboard can be treated with mineral oil that will soak into the wood and help prevent it from absorbing excess moisture. Before applying mineral oil, any dirt between the frets should be cleaned, using a solvent if necessary.

Besides wiping the guitar after playing, the body also needs to be polished occasionally.

This process involves first ensuring that all dirt is removed with a microfiber cloth, spraying the instrument with guitar polish, and then wiping with a soft cloth, being sure to remove all residue (source).

If your guitar has a satin or matte finish, then it doesn’t require polishing but can just be wiped.

Guitars are best kept at a constant humidity level of 40% to 55%. Just like wooden windows and doors tend to swell when humidity increases, so does the wood of your guitar, resulting in inconsistent sound.

If the environment is too humid, the wood will swell, and if it is too dry, there is a risk of it cracking.

It is, therefore, important to control the environment in which you keep the guitar. One way to do this is to invest in a hygrometer that measures moisture. Then, you can either humidify or dehumidify the environment as needed.

Guitars generally react poorly to changes in temperature too. If you take a guitar from a hot car into a cold basement and immediately begin to play, it could be damaging to the instrument.

It generally needs to avoid these kinds of changes, or, if you have to move it between drastic temperatures, to be given time to acclimatize for at least 15 minutes before it is played.

Experts do seem to agree that most solid wood guitars sound better with age. Most of the credit goes to the aging of the wood, but it’s also important that the guitar contained quality wood at the start.

Additionally, instruments that were well made in the first place and then well cared for during their lifetime stand the best chance of improving as they age. 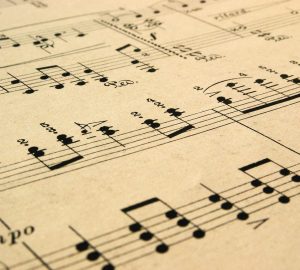